INTRODUCTION: When considering a multimodal argument to make, I thought of Walmart. Many arguments can be made about Walmart (foreign labor, treatment of employees, etc…) However, I chose to focus on an argument against them that quality trumps low prices. Their current slogan is “Save Money. Live Better.” I see something like that and immediately think- you get what you pay for! I might be a little biased. My dad is a small business owner and he grew up in a small town where Walmart eventually showed up and left the downtown area a ghost town and put all the little guys out of business. This argument is really directed at many big box stores, Walmart just may be the greatest perpetrator. While you may save money, the frustration of a lack of customer service and products that quickly fall apart leave a bad taste in one’s mouth. My dad has a sign hanging up at his business that reads: “The bitterness of poor quality remains long after the sweetness of low price is forgotten” (Benjamin Franklin). This philosophy is what I built my argument around.

To make this argument, I am utilizing the Toulmin Model of Argument. Stephen Toulmin believed that for a good argument to succeed, it needs to provide good justification for a claim, which will then allow for it to stand up to criticism and earn a favorable verdict (Wikipedia). For the purposes of this, I will utilize three of his six components of argument- claim, evidence, and warrant.

MULTIMODAL TOOL I found the three images below on Google and then joined them together into one frame using PhotoJoiner….more on that in a just a moment…. but without further ado…my creation…

ANALYSIS OF VISUAL ARGUMENT I chose the picture of the Walmart lady in the vest because I chuckled at the irony of what it reads and what that line represents. It seems to be well known (and certainly from my experience) that it is near impossible to find someone to help you at a Walmart (it can even be hard to find more employees than the one at the one cash register that is open to serve 36 angry customers who may or may not know how to form a line). I wanted an emoji to the left of her representing what a Walmart customer may feel going into the shopping experience (happy because of all the money that they are going to save) and one to her right that portrays the struggle of the consumer in the store and in the days/weeks/months (if they are lucky) following their purchase (because even though they could not find any help, they still wanted to get that supposed bargain). I figured emojis would be great as they seem very straightforward and trendy and because Walmart has frequently used a smiley face icon.

My visual argument may not be clear to all people. I think that most audiences will understand that someone is in a positive state and something happens that then places them into a negative state. Because Walmart is so widespread, I feel that most viewers would recognize the woman’s vest as a Walmart uniform because of its color and font. Regardless of whether or not someone likes Walmart, I believe that most will acknowledge the perceptions of this particular retailer. This visual argument may take more than one glance to decode what exactly has gone wrong.

Affordances PhotoJoiner is free. On the home page, users have the option of creating a collage, meme, Facebook cover photo, or stitch (joining multiple photos). I decided that a stitch was best related to my intended purposes. Next, on the stitch page, users can upload up to eight photos and select the size, border background, and border color. Constraints I uploaded my three images and was rapidly frustrated when I found out that while you can choose “custom size,” you are unable to have the pictures as large as I would have preferred. I knew I could go into Paint or some other tool on my PC and resize them, but I first decided to toy around with them as they were on PhotoJoiner and came to discover that I actually liked how they were cut off/condensed. Outcome The limited size of the three pictures (cropping) gives it more of a transitioning effect and also conveys that the likelihood of landing between the two emojis is far-fetched. After reaching a level of satisfaction with your stitch, you can choose to either upload/save it or share it.

CLAIM: The Bitterness of Poor Quality (products and customer service) Remains Long After the Sweetness of Low Price is Forgotten.

EVIDENCE: Someone may go into Walmart smiling and thinking of all the money that they can save. However, they are likely to never find anyone in a vest that reads “how may I help you?” and this lack of customer service is only the entry point to greater disappointments. After purchasing products of poor quality from an impersonal business, customers remain in a state of screaming and crying.

WARRANT: A lack of customer service and product quality lead to bitterness and the stress and
disappointment outweigh the thrill of low prices (this explains why the evidence supports the claim).

This particular warrant is situated in a particular culture in that there are some people who can only afford to shop at stores like Walmart. They may know that the products may be of poor quality, but they do not have the option of going elsewhere. They also may have not ever had the luxury of purchasing higher quality products or encountering robust customer service, so they do not know the difference. Additionally, people in small towns (like the one my dad grew up) do not always have other options without driving long distances. Finally, there are some people who have gotten lucky and never had poor experiences at Walmart. Experience may vary by location.

Creating multimodal arguments would be a beneficial exercise for students. It would allow them to either take jabs at or celebrate certain companies, products, or philosophies. In conjunction with the Toulmin model, students can practice argumentative writing in a few sentences to gear up for more substantial argumentative assignments. I would recommend using PhotoJoiner in the classroom, but only if the teacher and/or students are in need of something quick as there are likely other tools out there that are more flashy with more features. 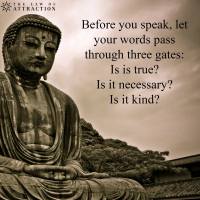 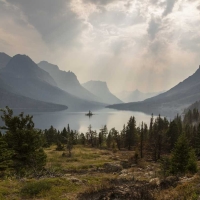 Down the Rabbit Hole: Teaching with Technology in the ELA Classroom

Tech in the classroom -- from the technologically-intimidated.

Incorporating a Wide Range of Technology into the ELA Classroom

Since Education is Evolving, the Classroom should too.

Helping students succeed and manage their time with technology

Teaching with Power: Using Technology in the Classroom

Technology is a powerful tool in education.

Because technology is the future, and the future is where we will spend the rest of our lives.

A daily selection of the best content published on WordPress, collected for you by humans who love to read.

The best longform stories on the web

The latest news on WordPress.com and the WordPress community.